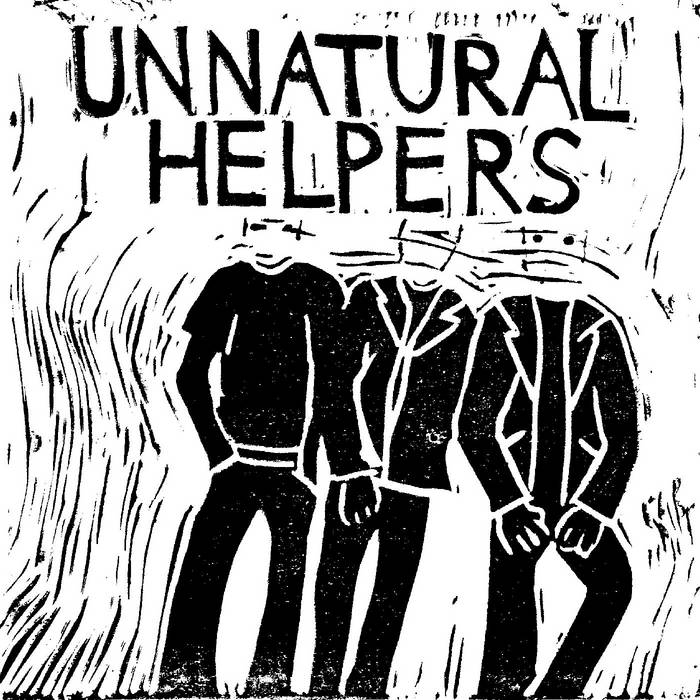 Standing around guzzling beers at a show at the long defunct Gibson House in the early 2000’s, Brian Foss the booker, mentioned an upcoming show w/ the Evaporators to Lars, Jed & I. Quickly surveying the scene & seeing we had a 3 piece at hand & could grab the show, somebody said “Can we play that? Yeah, umm… we’ve got a new band, it’s sounding pretty good, it’s called ummm… we’ll get back to you with the name”. A band was born.
Jed & I might’ve been playing in the Intelligence then. Lars & I might’ve been playing in Dipers then. Min was in the Intelligence w/ us for a time & the A Frames w/ Lars. Mike from Double Fudge played in Intelligence, Welcome and later Unnatural Helpers with me. It’s difficult to peel apart all of the bands & be sure which shows you saw, which shows you played, who might’ve playing with who at that time. We were all psyched to be playing music. Energy was high, down time was unacceptable. Forward we moved.
We played the show w/ the Evaporators, which was a hoot & then played a party at Jed’s house in Ballard. I remember Jed stole a pool from Fred Meyer for that one. That was it. I don’t really remember why. We guzzled beers & formed bands w/ others that were around? I dig the brevity. I like how tidy it was. We probably never argued or hated that idiots stupid story he always told or his fucking dumb shirt or how loud that prick played or how that guy always disappeared at load out. We had fun! Yay! The fighting & hate would have to wait until another time in the not so distant future.. Ha!
At some point in that brief existence we managed to record some songs. These are probably all of the songs we knew at the time.
Dean – June 2017

Recorded and mixed by Lars Finberg
Mastered by Heba Kadry

Bandcamp Daily  your guide to the world of Bandcamp

outré black metal, with a Victory Over the Sun interview and music from Liturgy and Jute Gyte.